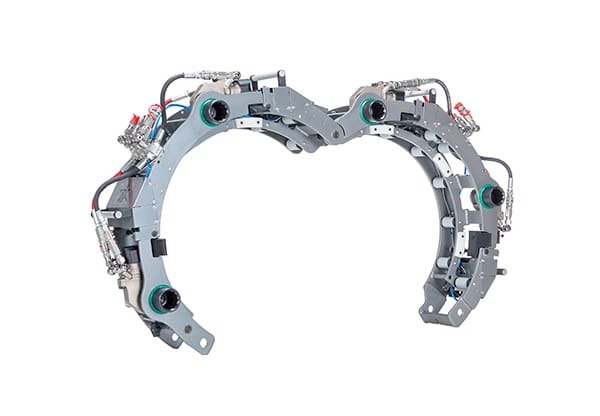 There are different versions for 2 or 4 torque wrenches, to be controlled only by a single or two operators. 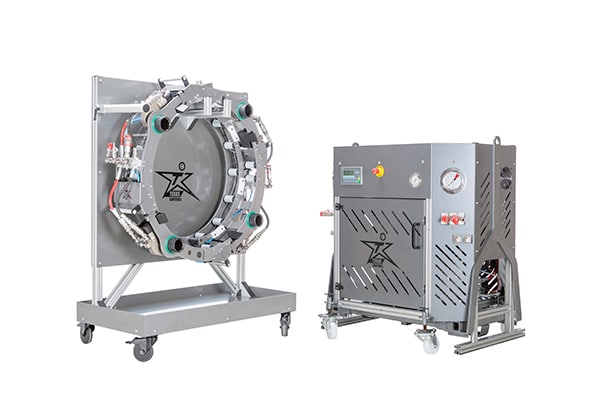 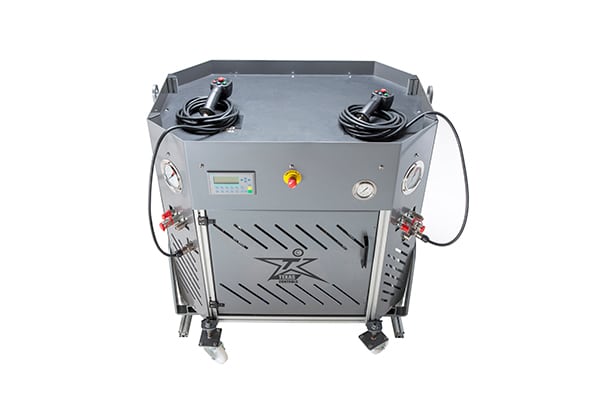 Conectivity: The supporting frame has fully connectivity to the High Flow Powerpack through different connectors (electronic control, hydraulic and pneumatic power). The operator, therefore, controls hte full system via a single control handgrip. This ergonomic handgrip includes the positioning control of the wrenches as well as the tightening process.

Custom design and Smart Hydraulics: The Shrink Disc MultiTorque System is customized to every single customer application. Two or four wrenches are controlled by the system that includes an exclusive algorythm, developed by Texas Controls to optimize the piston movement of the wrenches. This software speeds up the tightening process by more than a 30% compared to other automatic torque powerpacks, reducing power consumption and increasing the efficiency. We could consider this algorythm, the core of the system.

Single user, twice faster: Shrink Disc MultiTorque System reduces the time-consumption of the tightening process by 60%, allowing to be performed by a single operator.

Efficiency in investment: The cost of investment of the Shrink Disc MultiTorque System is much lower compared to other systems based on direct tension techniques. Our system uses standard torque wrenches, easy to be removed fro the frame, that could be employed in standard torque operations at the manufacturing plant. The PowerPack can be used in manual mode as well as with standard wrenches, accelerating the return of the investment.